It Was A beautiful Spring Morning

Life was difficult at the time, but Jessica was the glue that held everything together

We gathered our lives together and headed to Akron to pursue a music project. Life was difficult at the time, but Jessica was the glue that held everything together. Her smile and laughter echoed throughout our home. She was curious about everything and was a fast crawler who kept us on our toes. Up and down the steps she would go, laughing and giggling and chasing Kaya, her loving Great Dane. Pretty, doggie, da-da, and Ki-ya comprised her vocabulary. Nothing could be kept out of her mouth; she would eat anything, including Kaya's toys. She was a beautiful, typical baby girl. However, that was all about to change.

It was a beautiful spring morning, April 10, 1995, when Jessica Rae Kelley blessed us and all with her birth. She was a perfect baby, the apple of her Daddy's eye and the joyful gift of her mother. At the time, Kristina and I were merely managing the park and life was good! We bundled our baby in our arms and took her home. We had just encountered a warm Spring rain, and as we drove into the Park a rainbow lit up the sky over Jessica's new home. Little did we realize the awesome significance of that sign from the heavens: Jessica was to be a special child. By the end of summer, our life at the park had changed. The old owner for whom we worked had problems and was forced to sell. The new owners stepped in, ready to bring in their own people and establish their own ideas; and so, the place where I had worked since high school and through college--the place that was to be Jessica's, Kristina's and my home--was under change, and I was fired.

learn More About Our Park

About A Year Later

A little over a year after we arrived in Akron, Jessica had a common childhood illness with a runny nose and fever. After she got better, we began to notice some changes. She was no longer pulling herself up and walking around the coffee table. Her vocabulary seemed to diminish and she was having trouble using her hands and fingers when she fed herself. This would bother her and she would often get upset and frustrated with her efforts.

There were little tremors and gasps for breath, but all of these things happened so slowly that we barely noticed, or we made excuses for them. Then, upon the insistence of her Grandma, we took her to an Akron specialist for an exam. He thought she might have Juvenile Epilepsy and even treated her for it, but little progress was made. Finally, we took her to Rainbow Babies and Children's Hospital in Cleveland, and on my birthday in 1996 the correct diagnosis was made. Our little girl had Rett Syndrome.

Our lives came crashing to the ground. The diagnosis put us in shock, but the prognosis itself was awful, as things were going to get worse. Kristina and I cried the whole way home, which soon became days, and then weeks. How could this happen to our innocent little girl, so beautiful and so full of life? Why did this happen to us? The odds are between 1:15,000 to 1:23,000 female births. So why did it choose to come into our lives? We have struggled with these questions over and over and still do today. Even now, we don't have the answers, but can assure you of one thing-- Jessica is a joy and a delight that brings happiness to all of us.

What Is Rett Syndrome?

Before we go any further, let me tell you what Rett Syndrome is. It is a neurological disorder (or pervasive development disorder), seen almost exclusively in little girls.

The child with RS usually shows an early period of apparently normal development until 6-18 months. A period of temporary stagnation or regression follows, during which the child loses communication skills and purposeful use of his or her hands and usually his or her arms and legs as well. While there are too many to list them all, other problems include seizures, which can be severe or even fatal, as well as disorganized breathing patterns and/or heart rates. "Apraxia," or the inability to program the body to perform motor movements, is the most fundamental and severely handicapping aspect of RS. It can interfere with every body movement, including eye gaze, speech, swallowing, balance and more. Other problems include internal functions, body temperature, general growth, and sensory problems, such as "overload" when there is too much going on around her. The list goes on and on, making it difficult for the girl with RS to do what she wants without a lot of help and complete dependency.

Our little girl lost her ability to feed herself, to drink her "joose", to play with her toys, to crawl and even talk! It was extra hard when she began to realize something was wrong too. She was so puzzled and sad because she couldn't do what she did the week before. We all watched as her abilities were taken away by Retts little by little. Our sweet little girl; all we could do is hang onto each other with love and let Retts run its course. Due to apraxia and lack of verbal and motor skills, it is difficult to test intelligence, but we are constantly amazed at what Jessica understands. The unique ways in which she communicates assures us she has many thoughts, ideas and dreams, just no way to communicate them to us.

Jessica had a wonderful 14th birthday and party

Jessica had a wonderful 14th birthday and party. She is quite the young lady. We have been working hard on so many things; how to help her control her body and balance, as well as becoming more comfortable with her disabilities. Her health has been up and down, but presently she is doing great. She prefers the potty--when we get her there on time. She stands well in a stander but cannot walk. In 2007 she had spinal surgery, including long metal rods implanted to keep her spine straight, and she did very well.

Her head and eye control is great. She loves reading books with her dad and having creative playtime with her mom. She loves Blues Clues, Dora The Explorer, Bear and the Big Blue House, Veggie Tales, Sesame Street, and of course Winnie the Pooh. She adores other children and wants to share laughter with them. She delights in having visitors and giggles when they arrive. She loves to take walks and swim with her mommy and daddy. Her eyes sparkle with delight when she sees something new. She laughs a lot (especially when Mom & Dad act silly to entertain her!). She is very vocal and expressive. When in a good mood she sings little songs, all her own.

She had regularly attended the Metzenbaum School for Special Needs Children. But we just moved her to the Happy Days school for special needs because it is closer to home. And what an amazing school. They have been so kind and so caring, which means more than words can say. And they are so positive and work so hard with Jessica's needs. They are very creative and have fantastic facilities. She even goes swimming once a week! It's good people like this who make our world still go around without breaking. (Thank you!). Jessica smiles when the school bus arrives and happily takes her seat. Spend one afternoon with Jessica, and you know that she understands the world around her, and she finds it wonderfully exciting. If only we could understand all of her noises--she tries to put the words together but WE are frequently the handicapped ones who simply don't understand.

But everyday with Jessica is by no means a joy for us. There are days when something hurts, and she is unable to tell us where it hurts; on those days she cries and cries. Then there are the seizures where her eyes stare, her tongue rolls, and her breathing is in gasps or stops for long periods. We have breathed into her mouth many times frightened that she was going to die right there in front of us. Miraculously, she starts to breath and often, when she starts to breathe again, she looks at us and giggles. To control her seizures and breathing episodes, she has to be on medication, which often have bad side effects, making her a little sleepy and grouchy.

Rett children are chronically constipated, and that causes unbelievable problems--even trips to the doctor. Her little hands and feet curl, and she must have massage therapy daily. A new problem we are dealing with is "reflux." Due to medication and stomach irritation, acids come back up from the stomach into the esophagus causing pains, much worse then adult heartburn. She has painful, emotional "episodes" every 3 weeks or so that last for 3 or 4 days, and medication helps her get through those times. These episodes are very difficult for Jess and the whole family. She is having a little swallowing difficulty, but still eats and drinks by mouth and loves it. Unfortunately it is common for Rett girls to eventually lose this ability too and have to be tube fed. But we are always working on preventing or at least delaying many of these problems. Jessica is 24-hour care, and we love her so much that it takes up a good part of our lives. She is the sweetest angel. The toughest part of all has to be not knowing how much time we have with Jess. Some Rett girls are lucky and live into later years (20's and 30's), but many leave us at Jessica's age or into their teens due to any number of complications. As we put her to bed each night, we hold her that much more tightly, stroke her hair or hand for just a little longer and a thousand "I love you's" and kisses. The reality of Jessica's future makes her laughter and happiness the greatest gift the world has for us... She is my best friend....

Thank you for wanting to learn more about Retts Syndrome

So there was no rainbow over the house when we returned to the Ledges in the Winter of '97. Instead, the rainbow was in our hearts, our dreams, and in the memory of that first day when we brought Jessica home---but this time it is for always. Jessica has been that rainbow for us---the beautiful sign after a storm that reassures us that life is good. Jessica is our symbol of love, happiness and trust. One look into her sparkling brown eyes reassures us that everything can be okay. She is pure love! With so many odds against her and hurdles to cross, she still shines brighter then the brightest star. She can teach you more about yourself and the world around you than you ever dreamed. Come visit with her and you will share that happiness that is so unique to her and so contagious to everyone! Thanks for being so interested. This is still very difficult for us to talk and write about; but, as Jerry Garcia sang: "We will get by, we will survive!" Children are our gifts and mean everything. Hold them tightly and teach them well!... Love to You All, Evan, Kristina and Jessica Rae 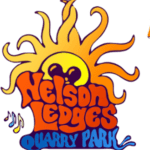 NO ILLEGAL SUBSTANCES ARE PERMITTED. NO ONE UNDER 21 IS PERMITTED TO EITHER POSSESS OR CONSUME ALCOHOL. THE EXCESSIVE USE OF ALCOHOL IS PROHIBITED.

NO DOGS FROM MAY 18-OCT 1 (Service dogs only). All dogs must have proof of rabies vaccine to gain entry to the park. 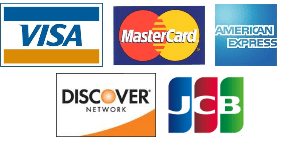